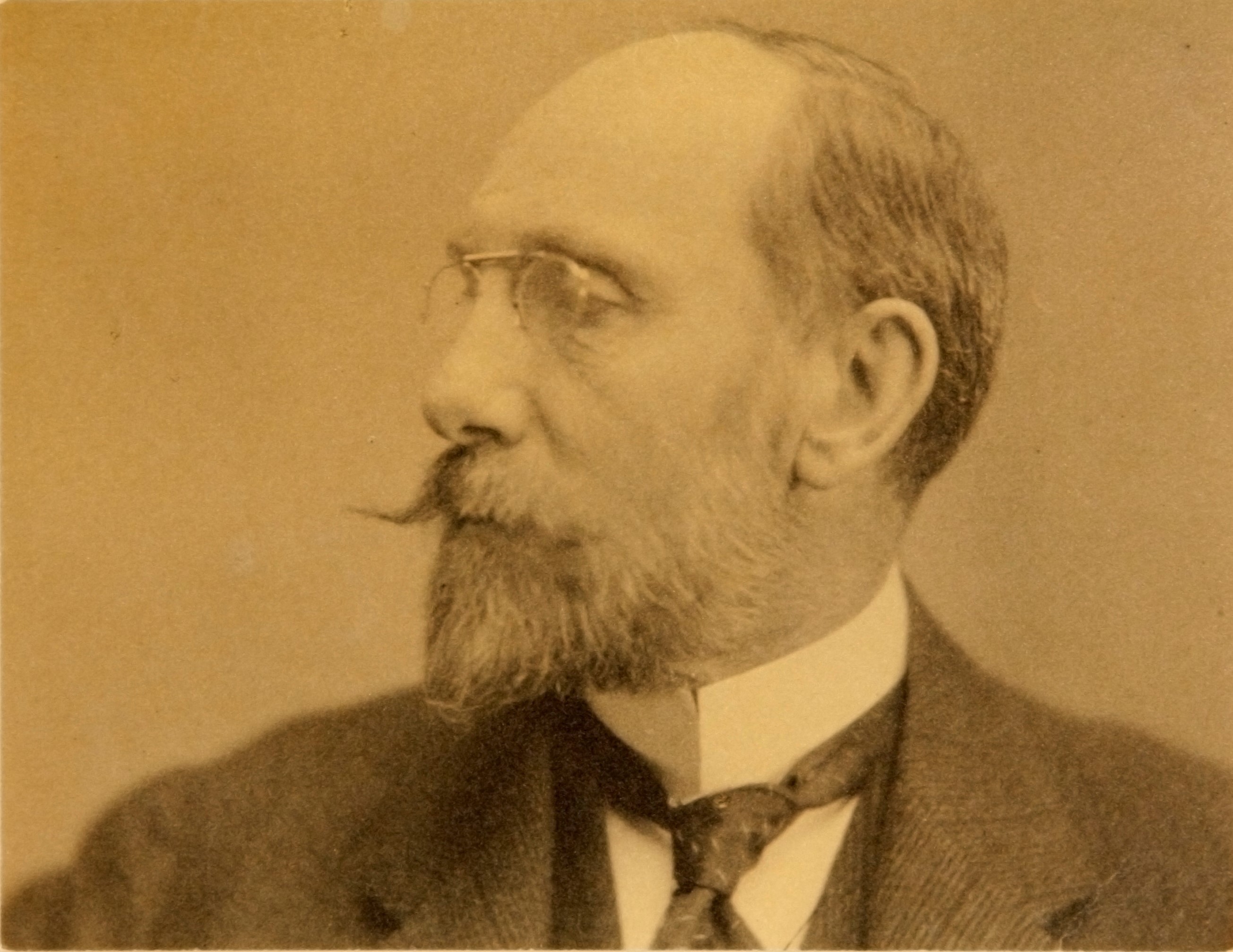 Charles Lang Freer (1854–1919) moved to Detroit in 1880, where he made a fortune manufacturing railroad freight cars. Together with his friend, neighbor, and business partner, Col. Frank J. Hecker, Freer established Michigan Car Works in 1880. Hecker and Freer merged Peninsular Car Works with the Michigan Car Company to create Michigan-Peninsular Car Company in 1892. The two men masterminded a merger of thirteen frieght car companies, including the Michigan-Peninsular Car Company, forming the American Car and Foundry in 1899.

Beginning in 1887, Freer amassed a spectacular collection of contemporary American art and older Asian art, with a particular focus on works by James McNeill Whistler. Freer was a pioneering collector of Eastern art including paintings, sculpture, prints and ceramics from the Middle East, India, Korea, China, and Japan. He was particularly interested in searching for harmonious aesthetic relationships between art of different cultures, mediums, and periods.

The Freer House is a masterpiece of American shingle-style architecture, built in 1892 to the specifications of noted Philadelphia architect Wilson Eyre. Additions were constructed in 1906, 1910, and 1913 to accommodate Freer's growing art collections. Considered one of Eyre's premier works, the house is Michigan's finest example of the shingle style. Working with Eyre and artists such as Thomas and Maria Oakey Dewing and Dwight W. Tryon, Freer designed and decorated his home to serve as setting for his interest in art.

The Peacock Room was one such masterpiece that Freer deeded to the nation after his death. In 1876, Frederick R. Leyland, a wealthy ship owner from Liverpool, England, commissioned James McNeill Whistler to decorate his dining room, resulting in a brilliant and moveable set of panels. Purchased by Charles Lang Freer in 1904, the room was then installed in the Carriage House on the grounds of the Freer House. Watch this short video to see how Freer curated the room with his beautiful ceramics. Upon Freer's death, the Peacock Room was once again dismantled and reinstalled at the Freer Gallery of Art, Smithsonian Institution, Washington, D.C., where it is on permanent display. The room in the Freer House, where the Peacock panels once inhabited, is now used as an exhibition and meeting space. Want to take a virtual tour of the beautiful Peacock Room as seen in the Freer Gallery of Art? Explore the Peacock Room as it looked in London in 1876 and in Detroit in 1908. Use the virtual tours to look at the room and its contents. Then use the map and timeline features to learn more about the places and faces associated with the Peacock Room!

Freer was a significant leader in the Detroit arts community, fostering its growth. He was an active supporter of the Detroit Museum of Art (today's DIA), the Detroit Society of Arts and Crafts (today's College for Creative Studies), the Detroit Club and the University of Michigan. He also championed Mary Chase Perry, founder of Pewabic Pottery, and commissioned Pewabic tiles and vessels for his home.

In 1920, the Freer House became the home of the Merrill-Palmer Institute. Today, the Freer House is the location for MPSI/WSU faculty offices and meeting room facilities. The Freer House is open periodically to the public for tours. Contact Rose Foster for the next open tour date at rmfoster@wayne.edu or 313-664-2509.